With Thailand’s Maya Bay in Koh Phi Phi Ley remains closed indefinitely to allow the tourist-magnet some much-needed time to recover, it’s time to look for another natural wonder.

One of Thailand’s astonishing natural wonders, not as well known as Maya Bay, is the Ang Thong National Marine Park, located about 40 kilometres north west of the coast of Koh Samui. Some would argue it’s even more spectacular and worthy of at least a full day visit. There are many tours available to the National Park.

It will take you about an hour to travel there from either the Surat Thani mainland or from Koh Samui by speedboat. There are slower ferry-style boat trips as well but you’ll lose a lot of time travelling there (usually for day trips) and the speedboats can get into much shallower waters.

Tours usually also squeeze in a visit to Koh Phaluai, the park’s biggest island, where there’s a popular stilted restaurant in the island’s fishing village, serving a delicious seafood lunch. 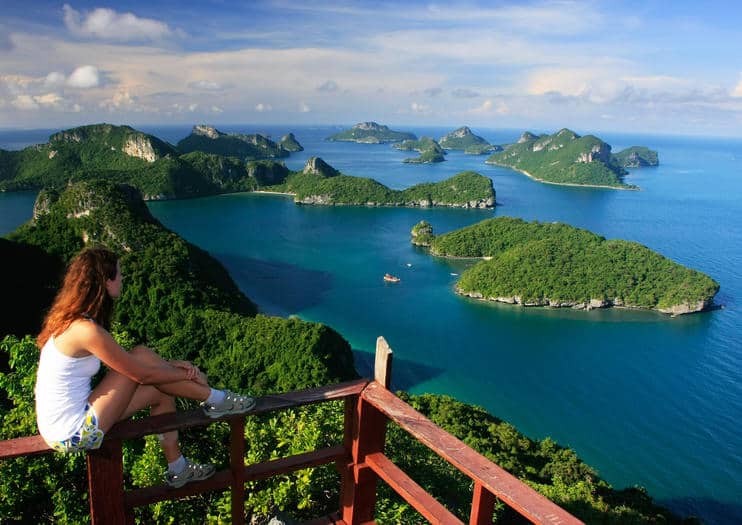 Another popular island worth visiting is Koh Wua Talap, famed for wildlife spotting and what might just be the most beautiful viewpoint in the entire park.

FUN FACT: Though the 2000 movie “The Beach,” starring Leonardo DiCaprio, was filmed in Koh Phi Phi’s Maya Bay in the Andaman Sea, the book by Alex Garland upon which the film was based was actually set in Ang Thong in the Gulf of Thailand. 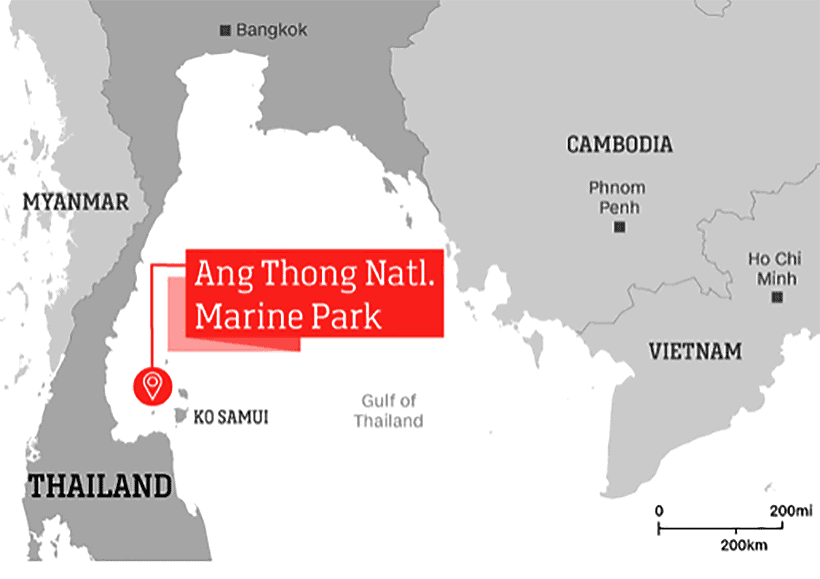