Bangkok ‘Venice of the East’ Continues to Sink

The mighty Chao Phraya runs through the central plains and down into the flooding delta before heading out into the Gulf of Thailand. Great place for a city.

Not surprisingly Bangkok suffers floods whenever the big rains come with most of the low-lying land around the delta only averaging around 1.5 metres above sea level.

Whilst the city used to have a complex system of canals to help carry the floodwaters out of the city, most of them have now been filled in whilst the urban mass has spread, now housing around 10 million people. The city has also tried to counter the sever floods by installing larger drains, bigger pumps and trying to manage the Chao Phraya’s floods habits better. 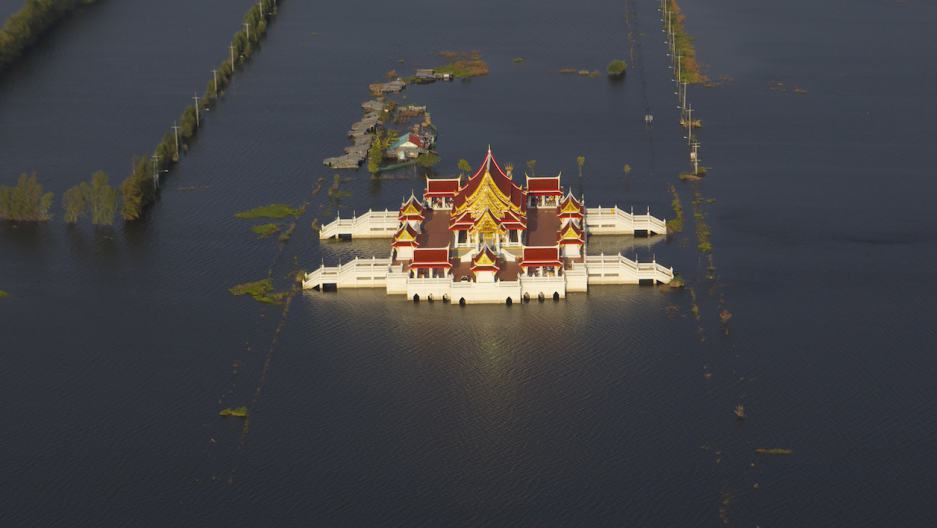 Under a major case study the city is expected to experience around 40% inundation by an extreme rainfall event and 15 centimetre sea-level rise by 2030.

A World Bank report entitled ‘Climate Risks and Adaptation in Asian Coastal Megacities’ identified Bangkok – as well as Vietnam’s Ho Chi Minh City – as having experienced nearly a two-fold increase in damage costs between 2008 and 2050 due to land subsidence. It is predicted that almost 70% of the increase in flooding costs in 2050 for Bangkok will be due to land subsidence.

Short of physically relocating much of Bangkok to higher ground, the city’s planners and engineers have limited time to work out the best way to protect the ‘Venice of the East’ from ending up like its Venetian counterpart. 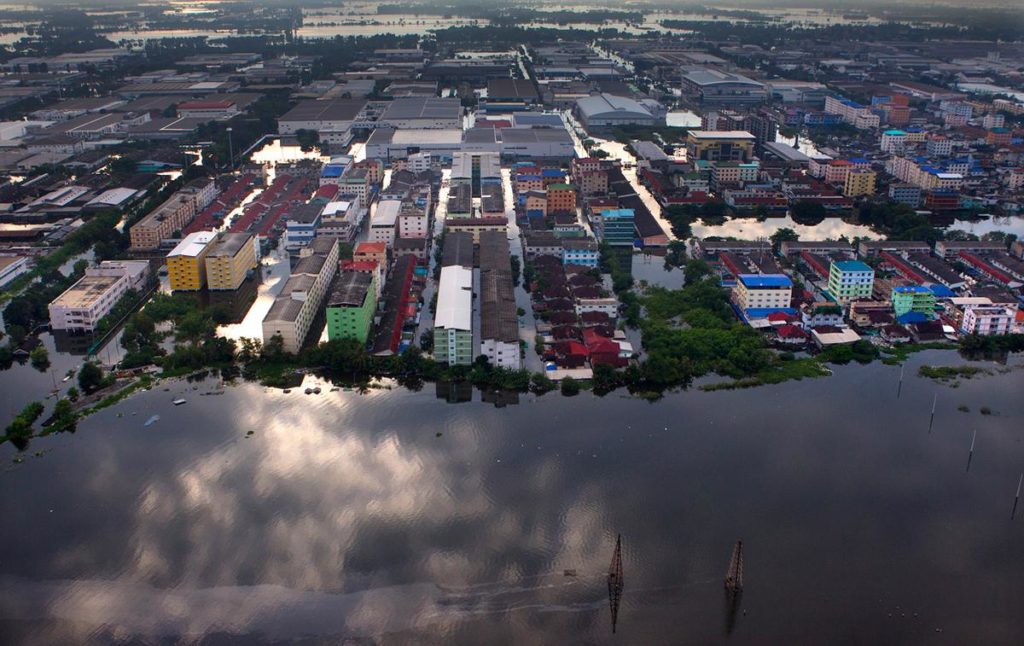