Officials in Chiang Mai have ordered the cancellation of a major sky lantern event, including a Guinness world record attempt, planned for the Loy Krathong festival in November, caving in to local conservation groups.

The event, which was jointly organised by the Chiang Mai Tourism Industry Council and the Office Huay Toeng Thao reservoir tourism promotion project, was to be held at Huay Toeng Thao in Mae Rim district of Chiang Mai.

More than 20,000 Chinese tourists are expected to join the event and the organisers had hoped to set Guinness world record for the largest number of sky lanterns to be floated in the air at a single event. 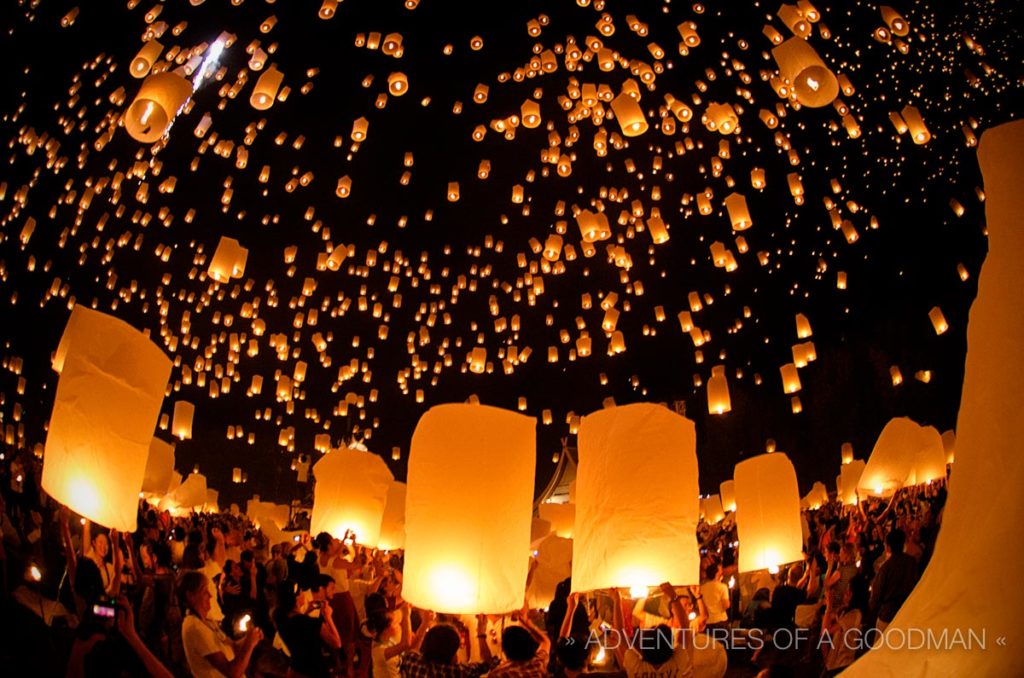 The event, however, was slammed by conservation groups, claiming that the release of sky lanterns is not a traditional Lanna custom and they can disrupt air travel, cause fires and result in garbage.

It is reported that Maj-Gen Suebsakul Buarawong, commander of the 33rd Army Circle, has ordered the cancellation of the event and, instead, has ordered the development of army-controlled areas to be tourist attractions as well as recreational spots.

The Thaiger wonders why the 33rd Army Circle is making civic decisions following the return to civilian rule, assuming the flying lanterns were not a military hazard.

A coordinator for the Rak Chiang Mai community network has praised the army’s decision to cancel the aerial display and world record attempt.