A legal cannabis industry would usher in several economic benefits, including job creation, a tax boost, investment and R&D in medicines and sciences, according to Colorado-based Marijuana Industry Group (MIG).

MIG is the oldest trade association for legal and licensed cannabis in the US, with Colorado the first state to legalise recreational use of cannabis in 2012. Marijuana is still considered illegal according to federal US laws.

“There is a lot of opportunity because this industry tends to attract entrepreneurs with incredible capacity to innovate,” Kristi Kelly, executive director of MIG, said in an email interview with the Bangkok Post.

“We have seen job creation, taxes that support local and community priorities, and studies that support the reduction of opioid use and addiction harms.”

According to her, there would be affiliated economic impacts from local investment.

In the US, she said MIG is seeing significant opportunity for R&D in medicine, science, technology, agriculture and other emerging industries.

Thailand recently witnessed the hype of a marijuana push after the country officially legalised the use of cannabis for medical purposes in February. 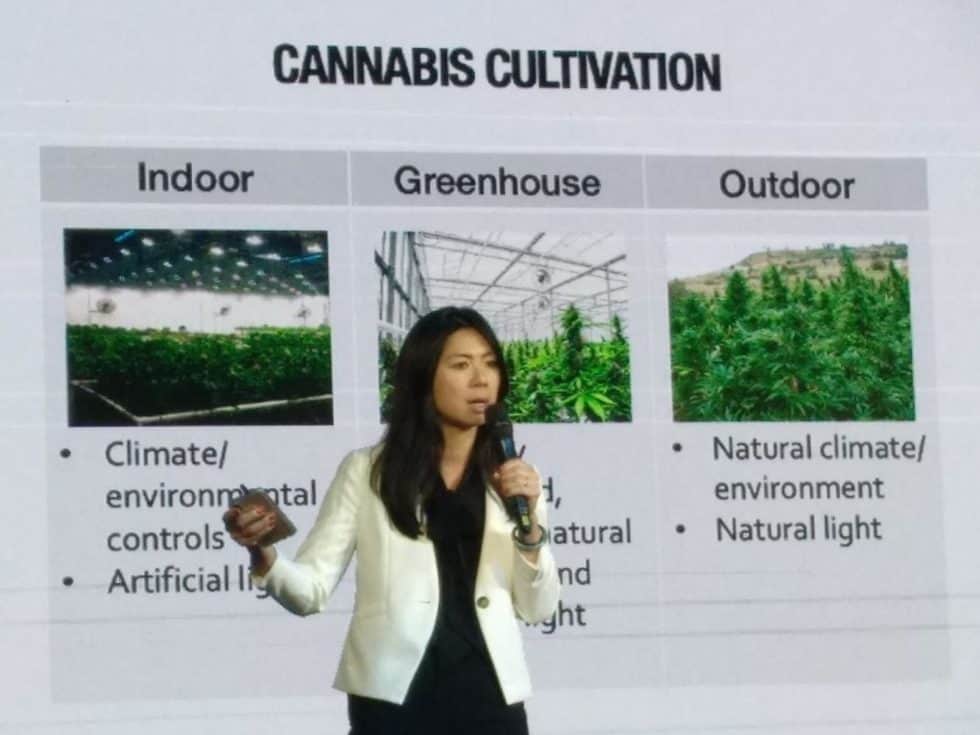 Deputy Prime Minister and Public Health Minister Anutin Charnvirakul has made it clear he supports hospitals prescribing marijuana to patients, saying it is obvious cannabis has medical potential.

Mr Anutin’s party — Bhumjaithai — campaigned ahead of the March election promising marijuana would be treated as a new cash crop for the country, with each household allowed to grow six marijuana plants.

He said on Tuesday he still supports each household being able to grow six marijuana plants.

Ms Kelly cast doubt on such a plan.

“What I can tell you is it’s not that easy to grow these plants,” said Ms Kelly.

“And doing it well involves an investment of time and money. Just because a market permits personal cultivation does not mean every person will decide to grow.”

She said it is up to each market to decide on the matter.

Late last month Ms Kelly made a presentation about opportunities for the cannabis industry at the Startup Thailand 2019 showcase and seminar.

She said marijuana plants can be grown either indoor, in a greenhouse or outdoors, depending on climate, environmental conditions, lighting conditions and money to put into the project.

Ms Kelly said it is also important to create efficiency and environmental control during cultivation regarding light, humidity and temperature.

Thailand has legalised medical cannabis use ahead of other Asean countries.

“Being first to market is always a challenge, and requires more up-front investment,” said Ms Kelly.

“But it affords the ability to develop expertise earlier, and positions Thailand to lead conversations in Southeast Asia related to cannabis policy.”

According to the Asian Cannabis Report, commissioned by cannabis industry research organisation Prohibition Partners, the value of the Thai cannabis market is forecast to reach US$661.3 million (20.4 billion baht) by 2024.

Some $237.2 million (7.33 billion baht) of it would be in the medical cannabis market and the rest for recreational purposes.

An estimated 85.5 million people use cannabis in Asia, and the Asian market value of cannabis is expected to hit $8.5 billion (263 billion baht) by 2024.