According to Fortune magazine, the industrial value of marijuana was at $10.4 billion in the US last year.

Thailand potentially stands to reap vast economic benefits from the weed trade. But well-crafted regulations need to be in place to supervise this billion-dollar industry in a country famous for entrenched corruption and business monopolies, otherwise the much-publicised benefits will not trickle down to grassroots communities. 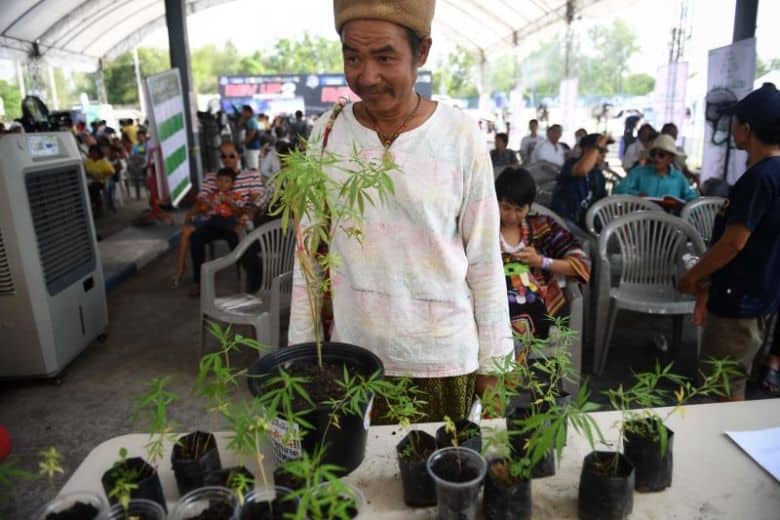 As the first country to legalise medical marijuana in Southeast Asia, Thailand could be the Asian hub of a legal trade that has already caught fire in North America and parts of Europe, but only if it acts fast to solidify its early advantage.

Although still in its infancy, Thailand’s medical cannabis industry has the potential to be worth $1 billion, provided that the government adopts the Bhumjaithai Party’s proposal to legalise recreational cannabis and allow unrestricted growing by farmers, said Jim Plamondon, vice-president for marketing at the Thai Cannabis Corporation advocacy group.

Weed exports could reach as high as $10 billion a year if international law is changed to allow cross-border trading of cannabis products.

“The most important thing is to stop thinking of Thailand as an ‘exporter of commodities’ and to start thinking of an ‘exporter of branded, value-added products’ in which Thai firms own the product until it hits retailers all over the world,” Mr Plamondon said. “Cannabis can be agriculture’s pivot to Thailand 4.0.”

Thailand already has a few cannabis brands like Thai Stick that could hypothetically be copyrighted and marketed around the world, he said.

The country’s medical marijuana industry is in a de facto trial period, with production being controlled wholly by the Government Pharmaceutical Organization and traditional Thai medical practitioners.

Mr Plamondon hopes that Thailand’s marijuana industry will grow to be equitable, sustainable and a boon to local communities, not just a profit-making venture for corporations.

“Thailand has the opportunity to own and build multinational companies that create a future that is more sustainably profitable for everyone in Thailand,” he said.