American actor and conservationist Leonardo DiCaprio has praised a “major long-term effort by the government of Thailand” for the increase in the population of wild tigers at Huai Kha Khaeng Wildlife Sanctuary in Uthai Thani province.

Minister for National Resources and Environment Varawut Silpa-archa was quick to pick up on the comment, saying it would lift the morale of park rangers, who devote themselves to conservation. 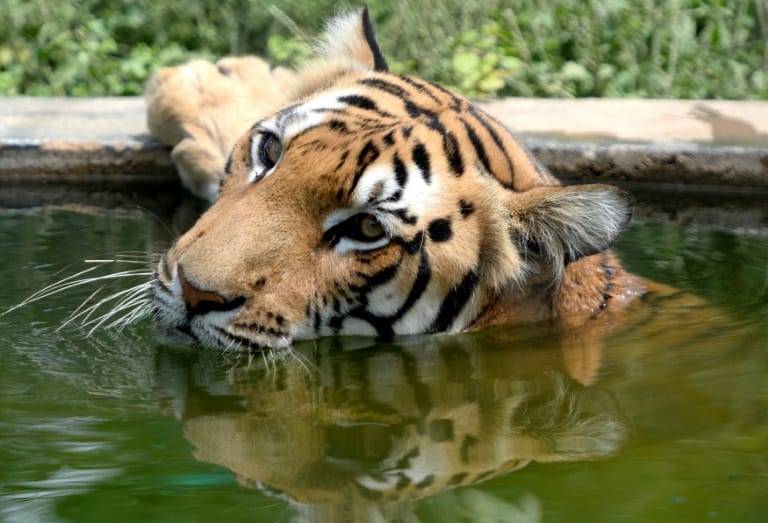 Mr Varawut was responding to DiCaprio’s post on his Instagram account that the tiger population in the wildlife sanctuary in Uthai Thani province had risen from 41 in 2010 to 66 this year.

The actor wrote that this was an increase of more than 60% and he attributed it to “a major long-term effort by the government of Thailand” supported by wildlife conservation societies. The remark was posted on Tuesday morning Bangkok time. It was still International Tiger Day, July 29, in the United States.

“All parties have been attaching importance to tigers,” Mr Varawut said. “In the past 8-9 years their population has grown. I believe that if everyone shares the same spirit, rare animals and green areas will grow.”

The minister said he would meet representatives of park rangers on World Ranger Day, which is Wednesday, and inform them of the actor’s remarks. It would boost their morale. He would also take the opportunity to build on local efforts for environmental conservation.

The 1.74-million-rai Huai Kha Khaeng Wildlife Sanctuary is said to be the largest tiger habitat in Asia. The World Wildlife Fund wrote on its website that there are about 3,900 wild tigers worldwide, and their number is declining areas including Southeast Asia.