Chiang Mai Province Could be the Epicentre of a 6.7 Magnitude Earthquake

Wiang Haeng district of Chiang Mai province could be the epicentre of a 6.7 magnitude earthquake within the next 50 years, say scientists after the discovery of a new active fault line near the Thai-Myanmar border.
The Department of Mineral Resources has announced the latest active fault under the name of Wiang Haeng, which was found in Wiang Haeng district of Chiang Mai province. Wiang Haeng is regarded as the sixteenth fault line to be discovered in Thailand, with 15 other known fault lines across 22 provinces. 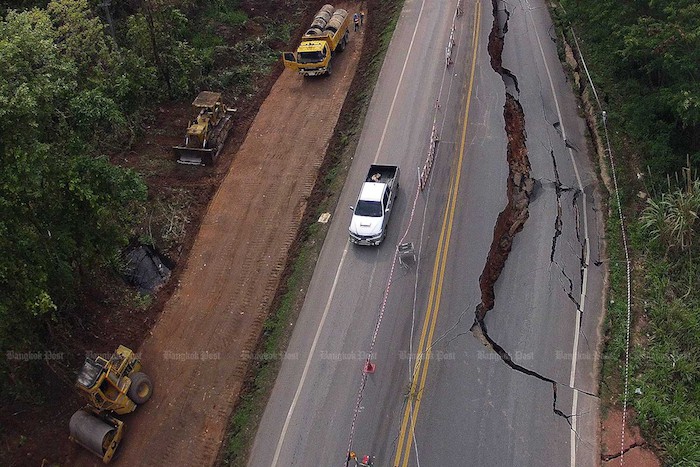 Officials surveyed the Wiang Haeng fault line last year which showed there had been a 6.7-magnitude earthquake there around 2,000 years ago. Suwith Kosuwan, director of the department’s Geohazards Division, said the length of the Wiang Haeng fault is around 100 kilometres long and passes through Samoeng district in Chiang Mai.

Montri Luengingkasoot, the department’s deputy chief, said Thailand still has more active faults that have yet to be discovered. Scientists are particularly concerned about the northern Mae Chan fault line, which could produce a magnitude-seven earthquake in the near future. Other areas under close watch are the Sri Sawat and Three Pagoda fault lines, which are close to the country’s largest dam — the Sringarind dam in Kanchanaburi province.